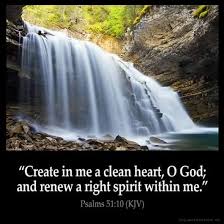 Do not store up for yourselves treasures on earth, where moths and vermin destroy,

AND THE AWARD GOES TO?

And the winner is—

A MOMENT IN HUMAN TIME:

A STATUE, A SYMBOL, A CERTIFICATE

Lord, what are human beings that you care for them,
mere mortals that you think of them?
4 They are like a breath;
their days are like a fleeting shadow. (Psalm 144:3-5)

It seems, if we are honest, that we humans do like to congratulate ourselves on         accomplishments and receive complimentary remarks and distinguished awards with public recognition. Numerous award shows and events are scheduled every year.       Millions who are not involved in the strivings for the awards are watching, perhaps   imagining vicariously what it would be like to be that actor, that singer, that athlete walking on stage to receive the honored award, address the audience articulately in a carefully planned speech, accept the generous applause with a standing ovation, and walk triumphantly away with the treasured object.

Most of us will never be on that stage or even directly in attendance at such an event, but we may be part of the audience watching indirectly through television. We may be the ones who wish we could be perceived by others as MORE and receive public     acknowledgement for our individual work, talent, accomplishment, or creation.  But if what we long for is that attention from people and society, then the reward we seek is only that “moment in human time.”

The acknowledgment we each need to seek is from God

for the “lasting moment” that never ends.

20 But store up for yourselves treasures in heaven, where moths and vermin do not    destroy, and where thieves do not break in and steal.21 For where your treasure is,  there your heart will be also. (Matthew 6:20-21)

When our heart is right, it is not the award from man but the reward given by God that we yearn to receive.

AND THE REWARD GOES TO?

“His Lord said to him, ‘Well done, good and faithful servant; you have been faithful over a few things, I will make you ruler over many things. Enter into the joy of your Lord.’”   (Matthew 25:23)

Not the person on stage before others but the servant kneeling

humbly in the presence of the Lord.